I almost can't believe I've put 'YOLO' in my blog title but there we go. (It stands for You Only Live Once in case you missed it!)

As with my last post, this is all about some of the revelations that I've had recently. With that being my relationship with money.

I've come from a family that, despite our situation, managed very well due to careful money management from my parents and them being frugal so that I could have the best chance in life.

As of September I've found myself with an income. I've payed bills before with my time at Uni, but always from savings and student loans, never from my own hard work. After the initial pay out to furnish my new flat, I became very miserly, hoarding my money away and feeling guilty whenever I made an expensive train journey to London to see friends or got a takeaway meal when I knew there was enough to do me in the fridge.

A few Fridays, after the kids had run out the door I found myself having a deep conversation with some teaching colleagues about money. One of them is in the same situation as me, a new young teacher with an income for the first time. The other has only been teaching a year but is roughly ten years older than us. He couldn't get over how we were trying to scrimp and save. He said that if we could, we should have as much fun over the next five years as so before we start settling down into mortgages, marriages and children (if the latter two are something that would interest us!).

It took someone else to mention it, but I realized he was right. I shouldn't feel guilty. I have no dependents. I am still young.  My dad plunged into his first and only job at age 18. It was a highly stressful situation and he had blinkers on. Next thing he knew he was 34, had a wife, me and cancer. Although his treatment cured him, it was experimental and left him permanently disabled. He's 54 now and suffers a lot of regrets about how he spent his younger years. After a lengthy and emotional phone call to him, he implored me to do the same that my colleague had, stop worrying now and live a bit more.

So I'm saying goodbye to guilt and embracing YOLO culture. My first act of YOLO was my new iPhone 6. I love it and don't feel guilty at all!

I had a revelation recently. In fact, I've had many recently and I'm looking forward to sharing them all with you.

The end of February had a big impact on me for some reason. I was feeling very down. I don't want to use the word depressed because I know people, a lot of family members, who actually suffer from depression and I know that I was not. Yet, I still felt very lonely and defeatist about things that were happening in my life. Perhaps it was homesickness finally settling in 8 months down the line. Perhaps I'm coming out of the honeymoon period at work. Whatever the reason, I was feeling a little, for lack of a better word, lost. But after a series of conversations and some serious thinking time, things began to look a little less muddled.

Let's begin with my first revelation about Fanfiction and Colouring books.

A week ago today I bought a 'grown up' colouring book from Waterstones. It's gorgeous. 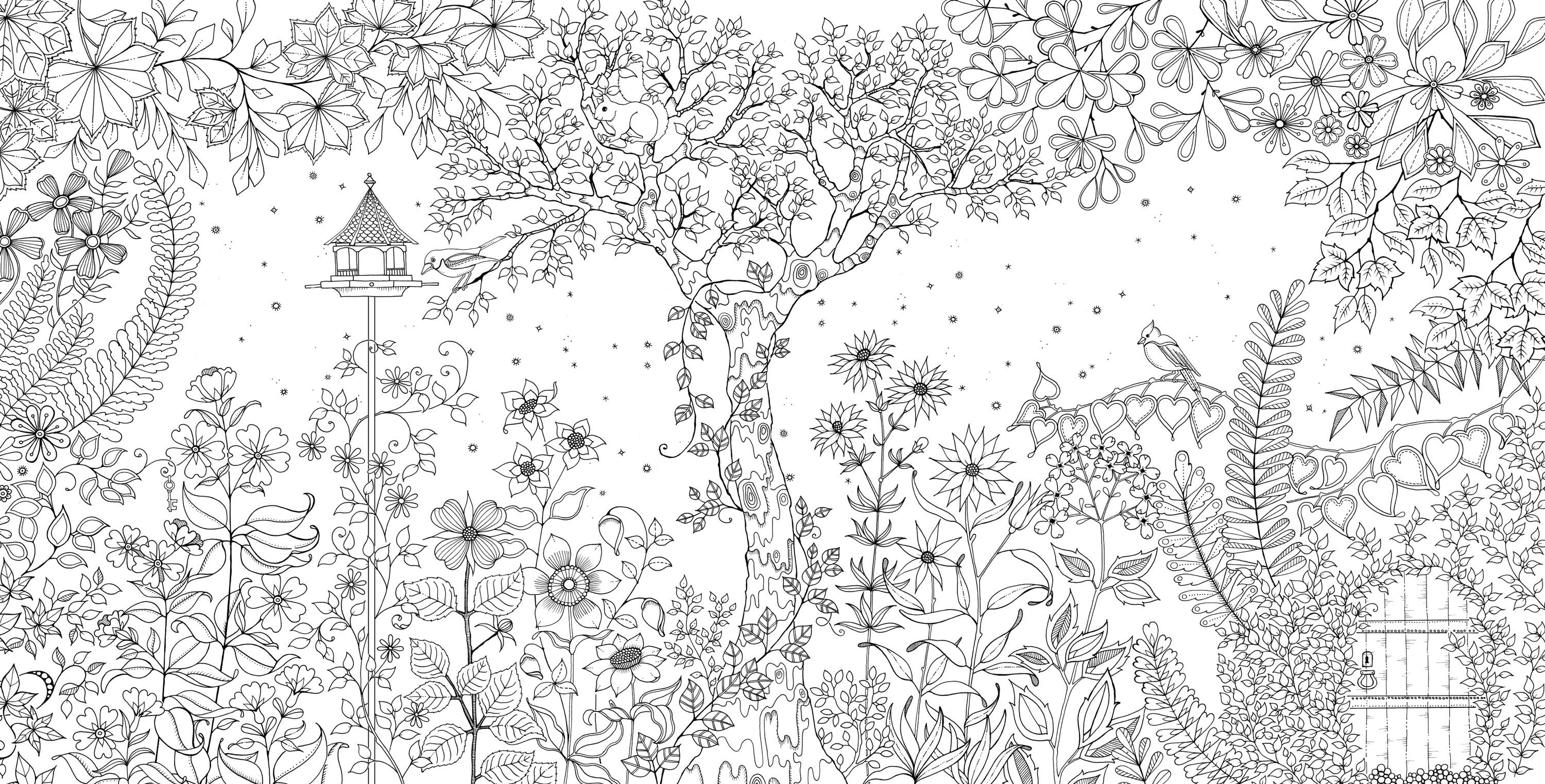 I bought it so that I would have another option for relaxation. Reading and writing had hit an all-time slump for me and I was getting frustrated that I didn't have anything creative to do. So this seemed the obvious solution. A week later and this is my progress on page 1. 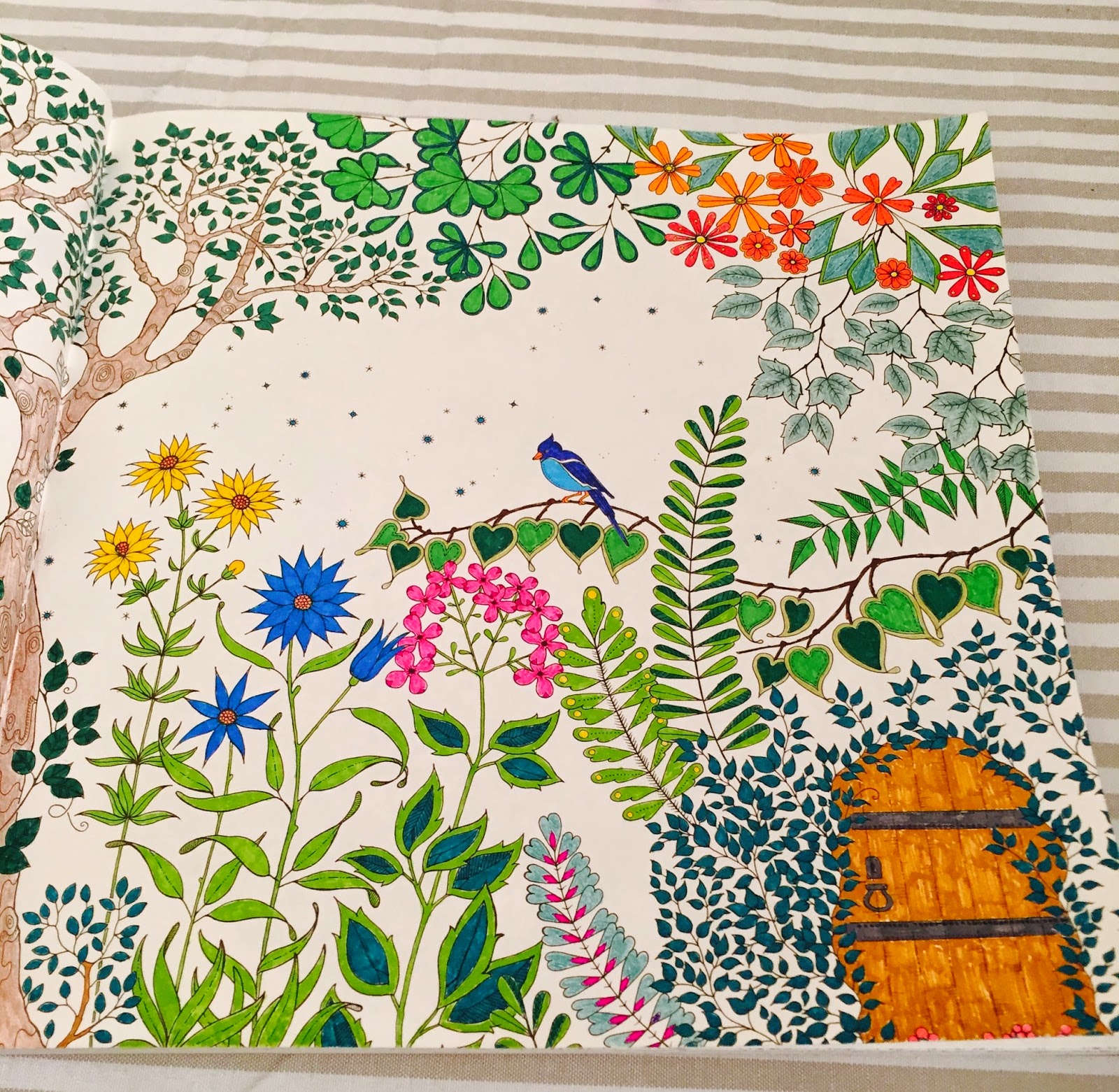 I'm very pleased and I can definitely say that this book is value for money in terms of how long I'm going to have it around!

But as I was colouring in, it occurred to me. Fanfiction writing, and colouring in a pre-inked colouring book are two things that are very similar.

It's always bothered me how easily I used to write Fanfiction when I was younger, and how challenging I'm finding writing my own stories now. On more than one occasion I've been deeply angry with myself.

"Come on!" I'd say, "You used to write thousands of words a day whilst keeping a part-time job, a relationship with a boyfriend and friends, plus school work all up to scratch. What's the matter?"

I have, however, come to the conclusion that this was because with the Fanfiction, half the work was already done for me, much like a colouring book. There were characters that were already fleshed out, on paper or on screen, as well as a built in audience of people who wanted to read these things and were constantly pestering me for updates.

But with my own ideas, I've got to start from literally nothing. I have to make you love or hate my characters. I have to craft the world around the reader and I have to make the story worth being read. Plus, there's no sense of obligation keeping me going. And that's not easy. Not at all.

So I've become a little less angry with myself now. And I have to keep reminding myself that although it's my dream to write and get a story published, what's written probably isn't going to be of much worth if I've beaten the words out of myself in a constant state of anger and frustration.

I'm also in search of some Beta readers / critique partner as that is another factor I think was key to my productiveness whilst fanfiction writing. So if you know anyone looking!

How do you get the most out of your writing, despite everything else going on in your life?

What do these ladies have in common with each other? They're all published authors, and at date of publication were all under the age of 25.

I'm 23 in April and my age has always been a bugbear of mine. I look around at other people the same age; writers, actors, musicians, and list off their accomplishments. In turn, I end up feeling feel very lazy and unspecial because of what they have done in the same time that they've been around on earth. But instead of feeling empowered to put a rocket up my butt and hurry up to make my own mark, I just end of moping around feeling disinterested and disillusioned.

I've never had an automatically 'glass half full' mindset. Usually I just go with it. Let the darkness hover over me like a rain cloud and wait for it to disperse naturally. But no longer. So I haven't ever finished a draft in my life. So what?

2. I learned how to drive, and in my 6 years of driving have never had an accident.

3. I've been involved with lots of amateur dramatics, performing in plays and pantomimes.

4. I got myself a babysitting/childminding job where I was in charge of 2 boys under 5 for two years 3 times a week (evenings and Saturdays) while studying for my GCSE's and AS exams.

5. After finishing the babysitting job I worked in retail for a year while studying for my A  levels.

7. I've completed a Postgraduate Certificate in Education, enabling me to teach Science/Biology to 11-18 year olds.

8. I've moved to England in pursuit of a teaching job and found myself with a lovely school in a lovely area of England

9. I manage to pay rent, pay bills, cook and clean and generally look after myself without incident or getting into money troubles.


I didn't quite make it to 10 big things, but I'm pretty happy with those 9. Perhaps that 10 will be my first completed draft.

What have you accomplished recently?

What I read in February

February has been a very quiet month for my blog. I've been very much lacking in inspiration for anything written. And I had a very large reading slump as well. However, here's what I manage to read in February. 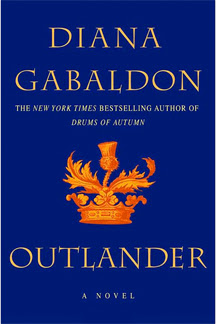 This book was deliciously cheesy. Like a 4 cheese pizza. The descriptions are wonderful and crisp and lovingly crafted. The plot is neither here nor there. A series of melodramatic events to throw the characters into as much peril as possible. I don't care for the story in terms of "oh, that was a dramatic twist" because it was all quite predictable once the story hit it's stride. I did find myself getting slightly annoyed at the increasing frequency of which the male protagonist got himself captured by the enemy. But it's a wonderful escape and even more so as I listened to it on audiobook. The narrator read it very well. 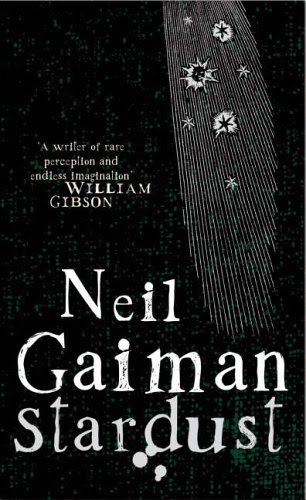 Having absolutely loved the film and being very excited for my first Neil Gaiman read, I was a little disappointed. Not that the book isn't good, but it's less of a nicely wrapped up package at the end of the story like the movie, and more bitter sweet. I suppose that's a more realistic portrayal, that not every story finishes with a perfect wrapped up bow. It was still a very good and quick read. Neil has an interesting way of telling stories and I am intrigued to read something else of his. I was given 'The ocean at the end of the lane' as a Christmas present so I hope to get stuck into that sometime, to see how one of his books reads without prior knowledge.


3. Isla and the Happily Ever After by Stephanie Perkins 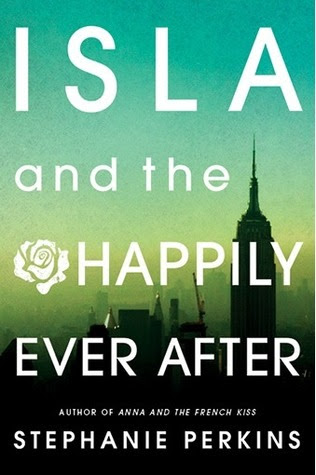 I'm not a huge fan of contemporary novels because I always think the dramas of 'real' life don't really match up to those portrayed in fantasy/dystopian/historical novels. However, as with Anna and the french kiss, I really enjoyed this book. The main character though, did grate on my nerves slightly. She has a personality trait that I feel has been done time and time again, that of being extremely self-conscious. However, they are common teenage emotions and I suppose I can't fault Stephanie for that. Again, a very enjoyable read.

What did you read this month?